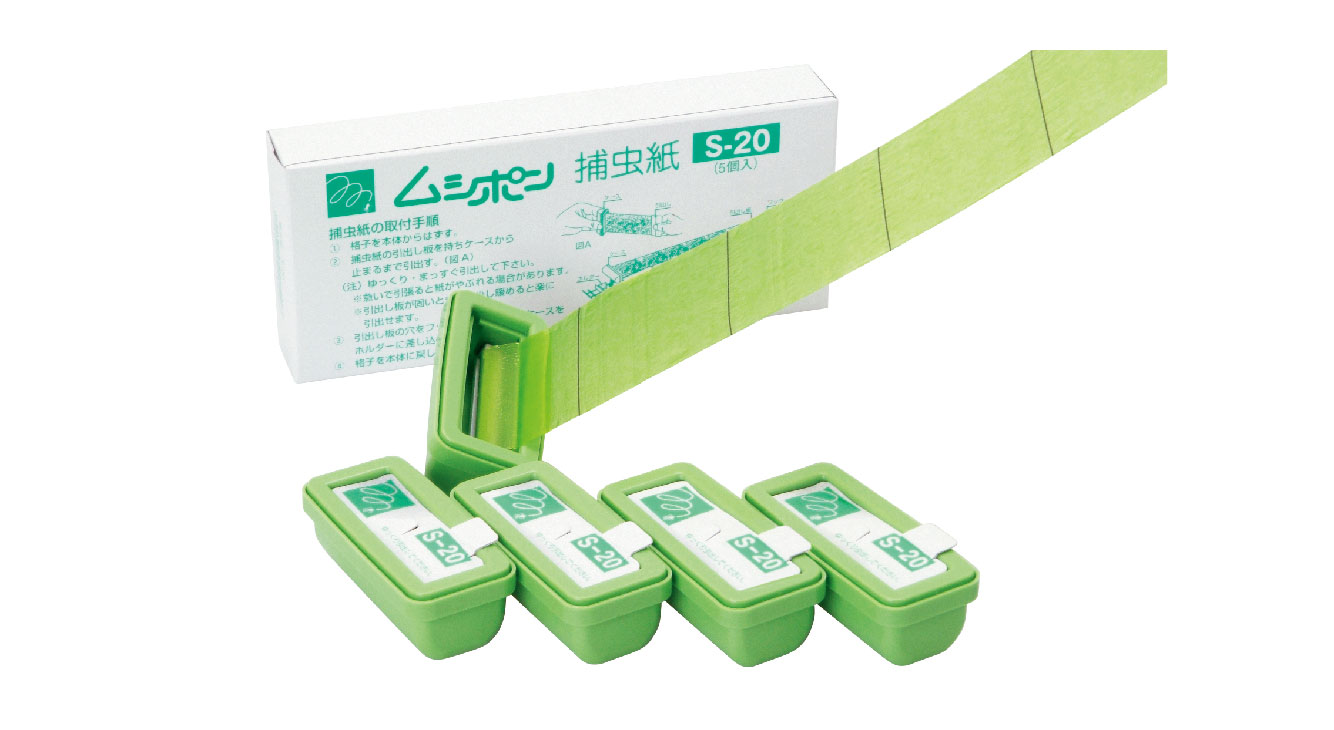 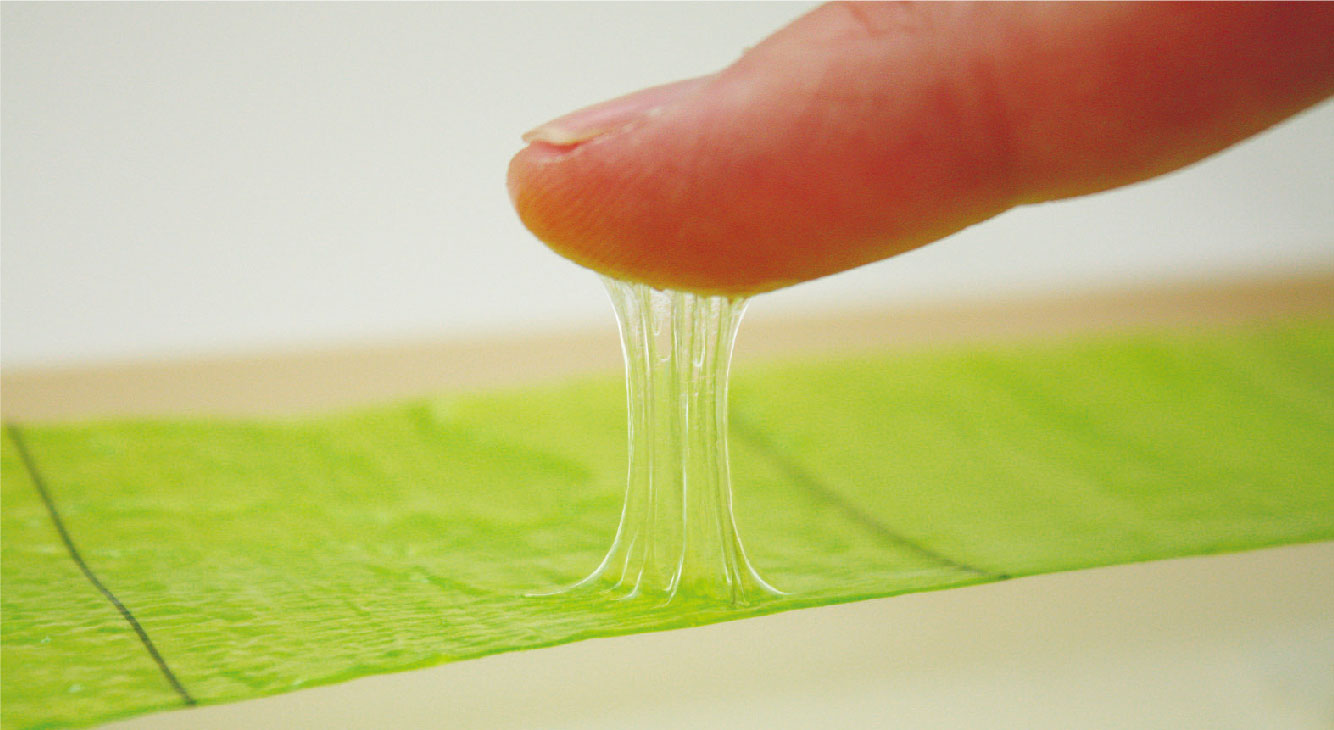 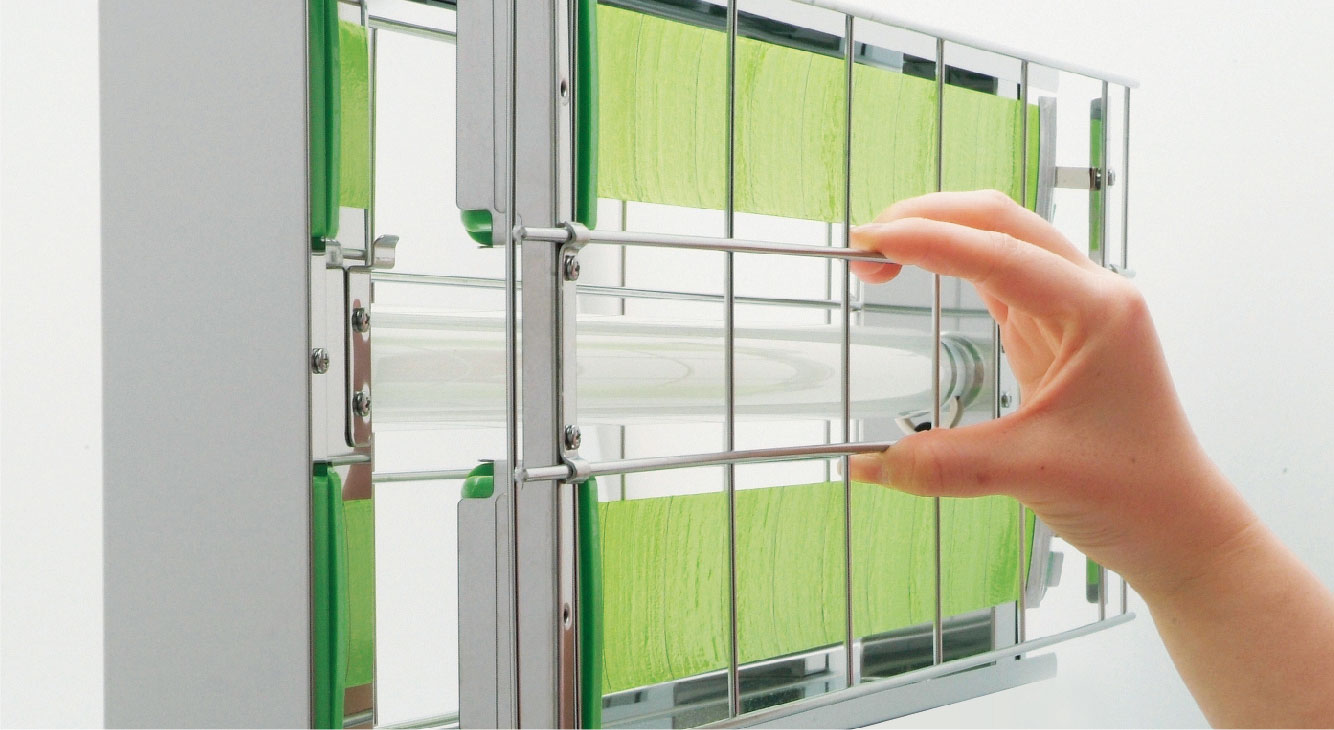 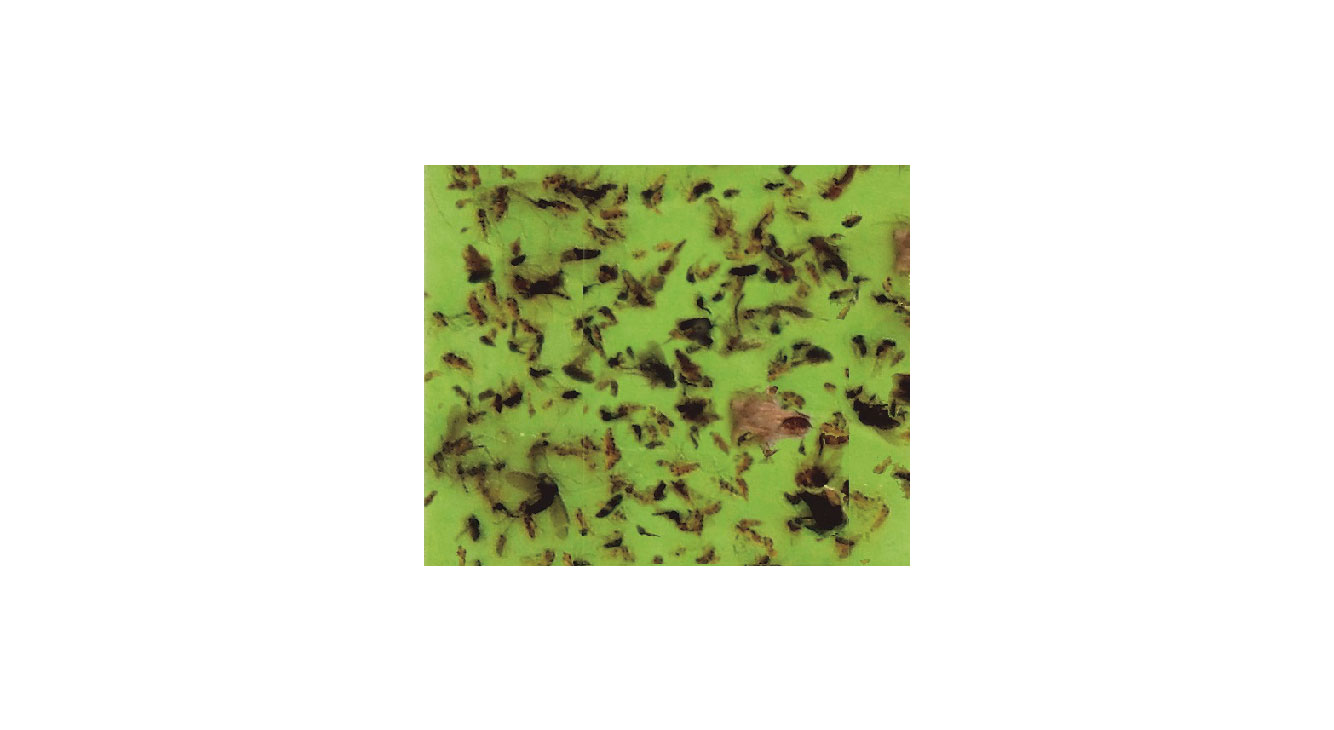 Adhesive resin tape with sustainable adhesive force
Adhesive insect catcher brand "MUSHIPON", developed first in Japan.
The special adhesive resin sheet that can sustain adhesive force more than one year from the start of use has the highest level of capture in the industry.
Even if only a leg of an insect touches the sheet, it can capture the insect, as the sheet has a thick adhesive layer. As the sheet does not release even small insects, it can capture many insects.

Sustain adhesive force more than 1 year from the start of use.

Hold the dead insect on the adhesive tape to maintain environment clean.

Even if only the leg of an insect touches the sheet, it can capture the insect.