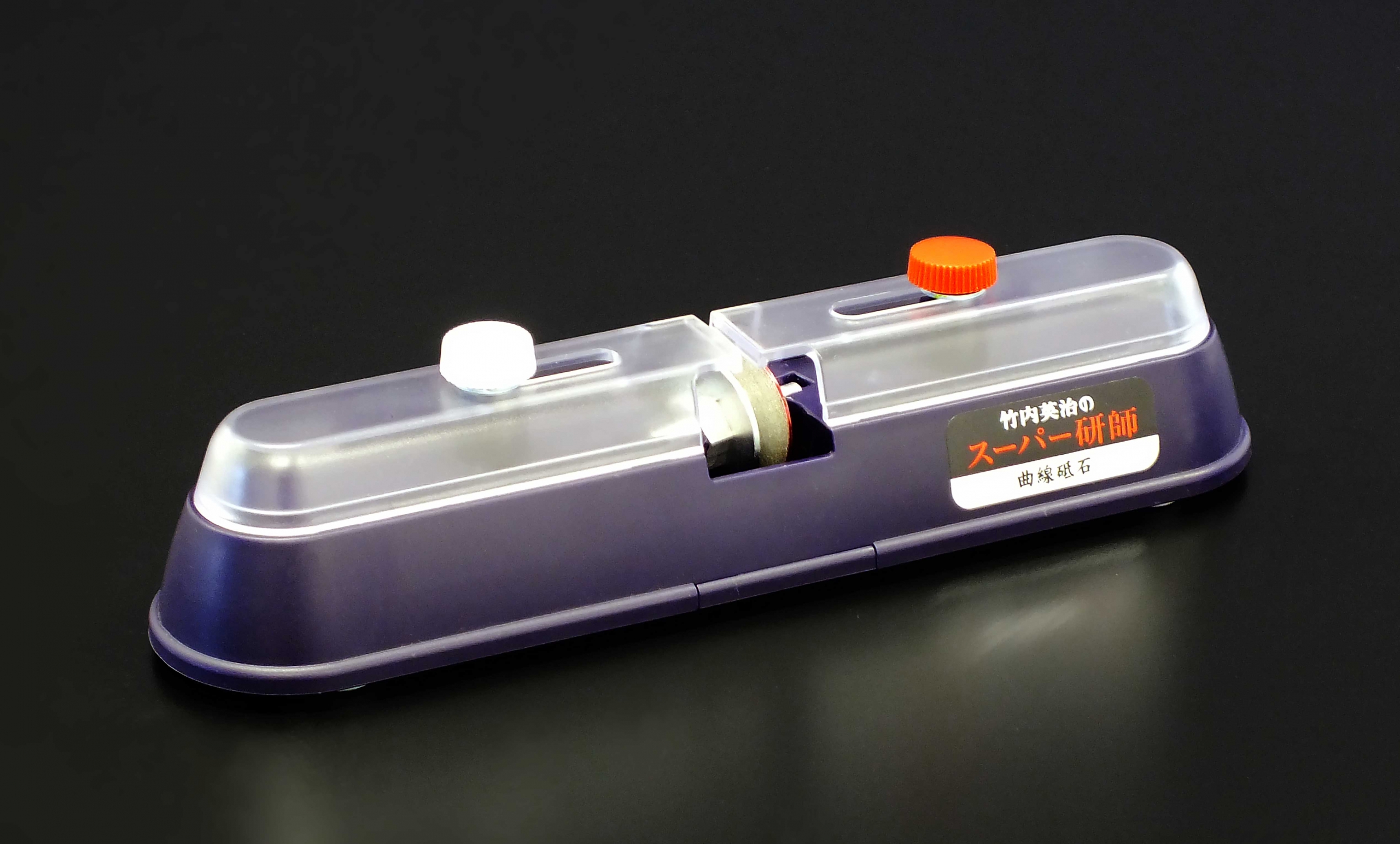 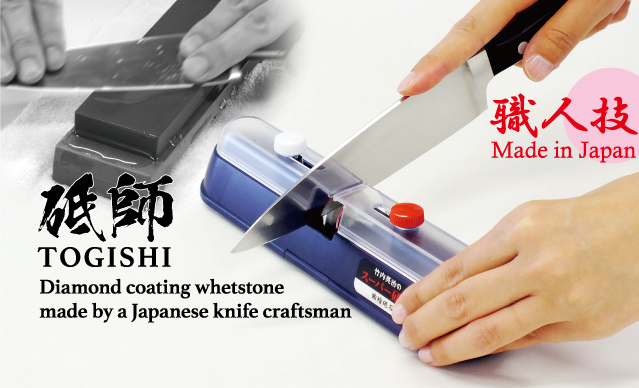 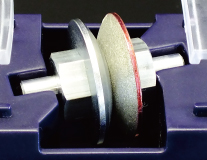 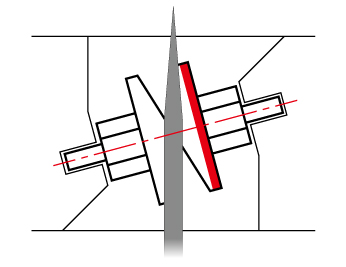 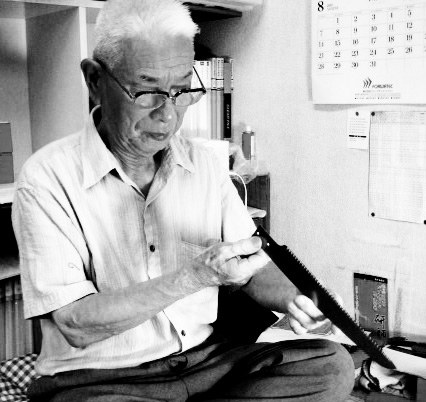 Diamond coating whetstone made by a Japanese knife craftsman

A kitchen knife as if sharpened on a whetstone by a craftsman who is particular about the sharpening angle and the finished appearance of the knife.

- Perfectly suited for households and restaurants, and so on.
- With 10 seconds of sharpening, you can use your kitchen knife in excellent cutting condition

The sharpening method is simple. Put your kitchen knife into the
gap, and push and pull it several times without water.
The gap can be adjusted by the transparent guide below the red
and white screws, but adjustment is needed when a thick kitchen
knife such as a broad-blade kitchen knife is sharpened.

JAPANESE CRAFTMANSHIP
-Mr. Eiji Takeuchi-
Master at Sanjo, Niigata prefecture, Eiji Takeuchi he became a pupil of a saw blacksmith when he was 12 years old, and afterward moved to Sanjo, which famous for cutting tools for the purpose of brushing up his skills.
He did subcontract work for Fukasawa Inosuke factory, which was said to be No.1 in Japan for making double-edged saws, and developed various products after becoming independent. 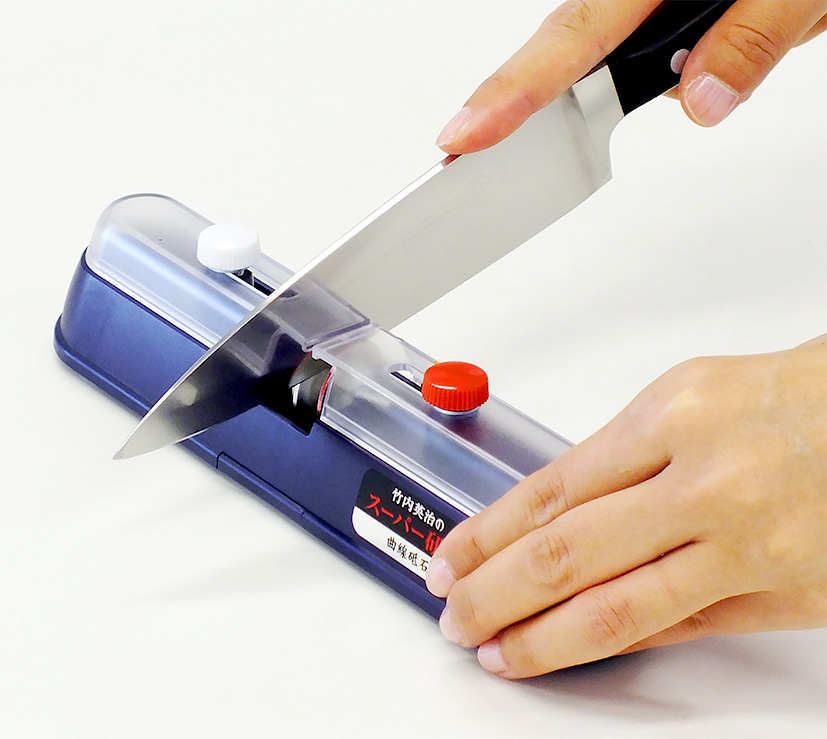 As if sharped on a whetstone by a craftsman

The sharpening method is simple. Put your kitchen knife into the
gap, and push and pull it several times without water.

Reproducing a craftsman's sharpening.
You can use your knife for more than 5 years (400 times) by . 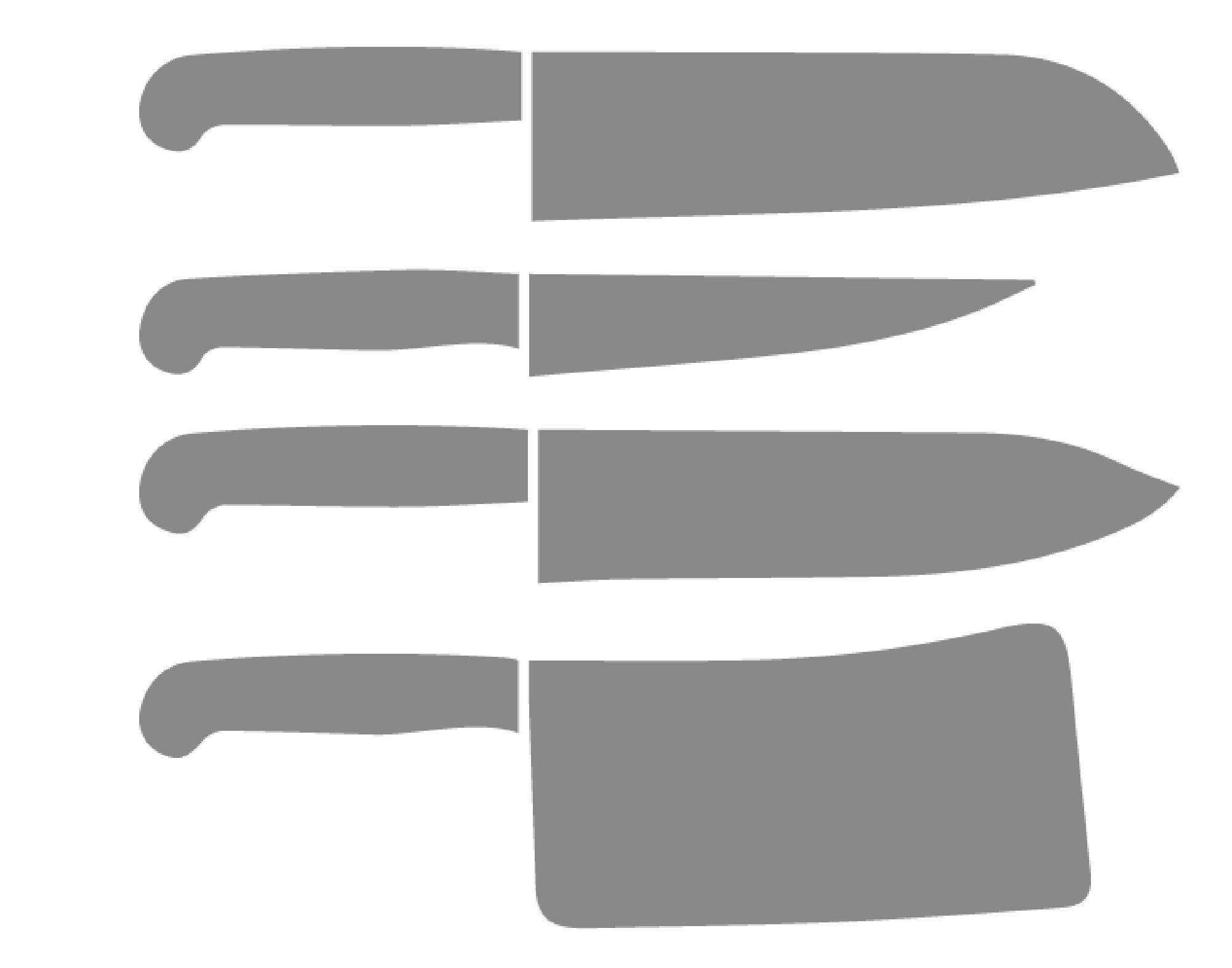 Kitchen knife that can be sharpened 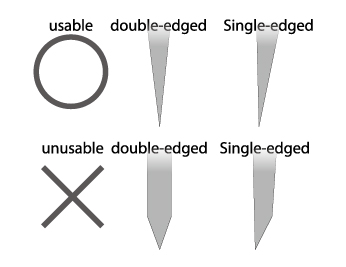 Kitchen knife that can be sharpened

Usable and unusable shape
*Do not use this sharpener for a ceramic knifes.